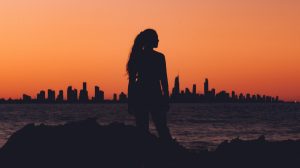 Women are on the move. We are on a path to declare who we really are. We are pressing forward with not only a personal set of goals but with a sense of joint purpose.

I work at a very high level in my job – and I work mainly with men. I spend much of my personal time at political activities where the female average age is much older than me. I also mentor young people both girls and boys. What do I notice? And why does it matter?

It matters because the United States has significantly shifted from being a patriarchal society where one assumes roles based solely on gender to one where even among those that wish for the old ways recognize that the assumptions no longer hold. There may not be acceptance everywhere but there is generally recognition that the tides have turned.

This matters because it means the situation for women has changed – we are not in the same fight we were in 40 years ago yet our message is the same. 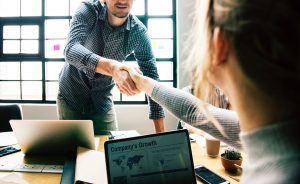 When I work with older men, even ones that are my subordinate, they often want to advise me. Now I could take offense – but generally I don’t. Most are just fulfilling a role they know. They mean only to help and even though some of it is condescending, I recognize it for what it is: they are trying to maintain their sense of worth in a working environment that confuses them – in many cases, they also see what they are doing as displaying respect by trying to help me succeed. What we women often see as controlling insults (e.g., if I’m competent, why are you telling me how to do my job?) could actually be just fumbled attempts to help.

The other group though…sees my gender as a possible weakness and ‘advises’ in a way that is really just poorly hidden attempts at manipulation to help themselves. Now with these men, I could become angry or aggressive and force them to respect my status, back off, be quiet. While that might be satisfying in the moment, the better tactic is to let them tell me themselves everything they are thinking, let them proudly display their own weaknesses. To these types of men, I say, a) never underestimate my poker game, and b) at least try to be more sophisticated in your one-size-fits-all methods. 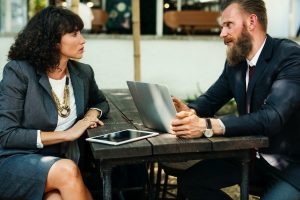 Much like in middle school, people oftentimes don’t pick on you because they truly don’t like you – they do it because they are trying to figure out themselves.

Women, as a collective, have decided to press forward and declare ourselves able to be and do anything we want. We’ve demanded change. This is great! Opportunity should be equal across our people – if for no other reason than that it is the strongest position to take as a nation. But how have we helped men change with us? As we have demanded acceptance of our expectations, have we also considered that it necessarily requires a lot of people to adjust too? Without a clear path or plan for how to do that, confusion is a predictable outcome – even among the most supportive. 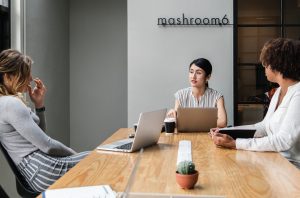 As I sit with older women and hear their woes of the past – the way men so often in their working world made it clear that the only way they would rise was to compromise their bodies – I can fully understand where the communal anger and resentment stems. I am overly grateful for the work the women before me have done – because, as I tell these ladies, I have never, ever been asked to compromise my body in order to achieve in the workplace.

But when I talk with young girls…many don’t even understand the issues. I’d like to say it’s because they aren’t yet old enough but I’m not sure that’s true. The gender divide has been highly disrupted for young people by the multiple gender options available. It’s almost as if gender as a construct has begun to fade for the generation after me so much so that the question of, “Are you treated poorly because you are a girl?” is almost confusing. And the idea of getting special opportunities because they are female borders on upsetting for many. They don’t want special treatment. They want to know they earned their spots, their achievements, their ranks the same as everyone else. 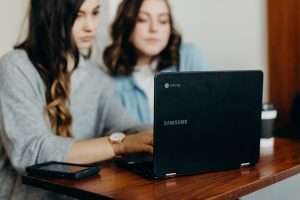 So my question is…what’s our exit strategy? When do we ease off the pedal and let the car coast to its final destination? Is there a point at which pressing hard tips the scales to create more divide and resentment than to help our cause?

In our nation, we not only need to unify across political parties, we also need to embrace our people as individuals who can add uniquely to our collective power. When we do, we will be able to create the strongest teams based on whole person contributions rather than satisfying a list of generalized requirements based on group identification.