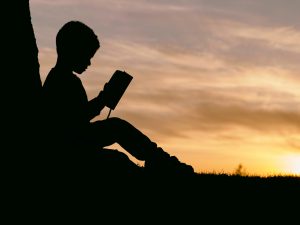 I have spent years searching for a universal truth across cultures and nations – something that could bind us all together, to help understand one another. The one that surfaced and remained in the forefront is the drive to protect our babies, our offspring. The intense, biologically-based bond to our children is one that transcends time, space, and culture. The deep feeling of utter devastation and fear that one feels when they realize they can’t protect their children from harm is not only intense, but I believe universal.

It is tremendously sad to me that it is through communal suffering that we are most connected but it is necessary to understand why and how this matters.

In International activities, it matters because it is a foundation upon which we can build connections – a way to understand others very different than us. It allows us to see those who think and act in ways we don’t as humans, similar at our core. Ultimately, it is why in war, opposing sides will at times help another because human suffering at the personal level is typically impossible to ignore. The suffering of a child is almost always difficult to accept.

I say ‘almost’ because there are people in this world who are not affected by these generally universal feelings of child and human protection. And this is why we have laws.

Laws are not meant to tell you how to live your life or to control you – they are used to ensure the protection of people who might be hurt by those without a personal compass for inflicting pain on others.

In psychology, it was important to teach students to clarify between a difference of opinion and harm. It is the same in politics. Differences in opinion, background, belief, understanding, preference, etc. involve living one’s life in a manner fit for them. Harm is when those differences are used to justify hurting another person.

Interpreting a law to the most extreme extent which ultimately results in separating innocent children from their parents is harm. It is not merely an interpretation of a law which binds the administration because that law is written to have options. Separating children, many of whom had no choice or knowledge of what was happening, disrupts the natural development of attachment bonds. For those who are not psychologists, this may seem like a minor issue. It is not. Disrupting attachment, especially under 3 years old, can have major life-long implications. This situation is not the children’s fault and imputing this level of emotional trauma on them cannot be tolerated.

But now the bigger issue….to my earlier point….if we are a nation willing to close our eyes and allow harm, the bad news is that it means there is more to come. This was a test to see how the country and how the world would react. It was a test of congress. It was a test of power. It was a test of time. It was a test of the courts. And on every measure, we failed because our system provides far more power and a far more rapid response ability to our authorities than most realized. When someone doesn’t believe in a system, it can be a refreshing reframe. It can also be a devastating use of power to control and harm others.

Be clear…this child separation activity was a very big deal. 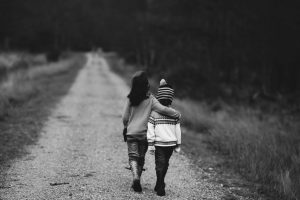 One Reply to “Children and Our Nation”