Ever heard the quote “speak softly, and carry a big stick”? It’s a quote from Theodore Roosevelt as he discussed his theory on foreign policy. At times, the willingness to not force change or prove one’s position but instead to allow it to evolve over time, can be very powerful. One might even argue that it’s more effective than working hard to convince someone of your beliefs. Why?

Few people in this world truly wish to knowingly be controlled.

We want to decide for ourselves what we think, what we believe is the right path, what we want to happen next. I think in most contexts, most people can understand this. But when it comes to politics, we often throw this understanding of basic human nature out the window. Why? 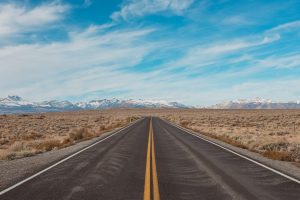 If we break it down, the most likely reasons people become so adamant about convincing others to think like them is 1. Deep affection for our nation and 2. Fear that if we leave the decisions to others, they’ll muck it up. Both points are reasonable and fair. When the world around us is chaotic, the normal person will first try to wrestle with it, control it….and if they exhaust every reasonable option, they will either give up or launch into hyper-drive. We’re seeing both outcomes in our society right now. The opposing frustrations felt by members of both partners are so high that the emotions have begun to blind many.

For some, it’s so infuriating yet they feel they have so little power to affect any of it that they just tune it all out. For others, they’ve turned to social media sites or marches to vent their frustration.

Oddly enough, both sides express the same goal…they want to do *something*. But I ask – as I have asked repeatedly, is venting the something that is actually impactful? Or is it just cathartic. Preaching to those who already agree with you isn’t going to change anything. And yet, the political energy and intent of these folks who are trying to find a path to support their position is not only measurable but to be honest, it’s exciting to see so many people fighting hard to save the nation we love so much. 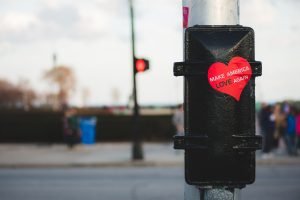 Perhaps then what we need is not to analyze who is right or which memo we should consider or which candidate was the winner – but rather, perhaps we should focus forward and determine the metaphorical yellow brick road. What is the pathway to a more unified state? I struggle to imagine an argument against unity. So instead, we should be asking ourselves,

“What does that look like if it doesn’t look like one side caving to the other’s demands?”