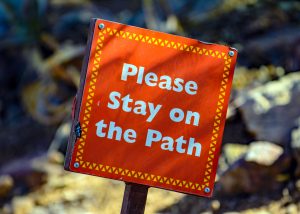 Why do we have rules? They serve to ensure clarity. However, ultimately, they are in place to create a sense of safety. We place boundaries on children so they know where the metaphorical bowling bumpers in life lie. But why do humans need bumpers? In short: cognitive load.

Cognitive load is a psychological theory that states that the mind can only handle so much information at one time. When it is overloaded, we feel stressed and we, by necessity, will focus on what we know, who we know, or where we know. In other words, we try to make our world clearer by using bumpers and creating rules so that we feel safe.

This has been effective to maintain clarity for the masses for thousands of years. The problem arises when outliers surface. These are the ones that disrupt the system. In the movie Divergent – we saw this clearly. The main character questions the system, the rules, the way decisions are made and in doing so disrupts the status quo. For some people, this is liberating. For others, it is scary.

We are seeing this play out at the national level. There are those in our country who prefer the bumpers, the clarity, the rules and there are those who feel stifled, controlled, and depressed by them.

Which way is right? Neither. Both.

I think most people would be surprised to know that which one you prefer is largely based on your body chemistry – your personal differences in how much load or how much chaos feels comfortable to you. This is not chosen or developed but instead is generally set at birth. We push ourselves for various reasons and this comfortable zone can be altered through experience but the root is still the same. Neurophysiology drives us to prefer, generally, rule clarity or not.

So there is no right way – there are only personal preferences. I respect both positions and I wish for our people that others could do the same – to see one person’s preference not as a threat to your way of living but simply just a different way.

When we can see others for who they really are and accept them as they prefer to live – with, or without, rigid clarity in their lives – we can press forward as a nation and achieve so much more than we’ve ever dreamed. When all people live as their true selves, the country can run like a well-oiled machine – use all cylinders – function as a true society. 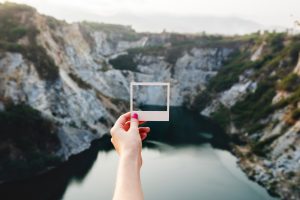