With the passing of Senator John McCain came many comments on social media and for the first time in a long time, I saw people from both sides of the aisle express their condolences – without distain. There were a number of people who noted that they disagreed with his political positions in many areas but they remained respectful and appreciative for his devotion to the country and his service. 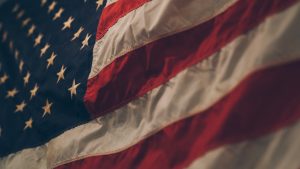 I try not to read the comments to articles too often because the intense rhetoric we see these days is typically overwhelming but also filled with hyperbole. It often involves personal attacks and exaggerations without clarity about the factual disagreement.  But I was pleased to see a different tone, different tact, different message this time. When I lost my daughter, I found it odd and significantly uncomfortable that the world kept spinning, people kept going about their business – my world had stopped, but no one else’s had. What I saw today, however, were people who took pause to consider the man, but also to take a moment to reflect on not only his actions but what his actions in cumulative represented.

I write tirelessly about unity and what I witnessed today was the passing of a man who, right or wrong, agreed or disagreed, brought unity to our people in the grace of his death. I find it wondrous how a person affects others even past their being alive but sometimes, we have to remember that it’s not always about what we say, messages are shared through many layers and tools.

When my daughter passed, I asked myself, “What is the impact of a soul?” In his passing, John McCain brought unity to our people and an appreciation for public service – and that message is worth everything.