What’s the difference? Why do you care? I like to say Centrism is like divorce court: Where everybody loses. The centrist opinion usually falls in the middle of issues – we call these people ‘fence sitters.’ Nobody likes a fence sitter because at the heart of their decisions is the need to not upset anyone, not take a position, avoid decision making. But the real problem is that when you take a centrist position, you ignore the real preferences and possibly the needs of the opposing parties.

The best way to bridge people or groups is to unify them. 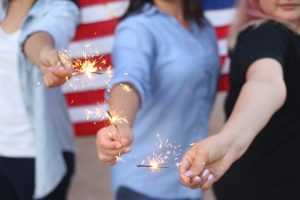 In order to achieve this, you first have to determine what, exactly, it is that the parties want. But when emotions are high, this can be a real challenge. Sticking with my analogy of divorce court, you often see people whose actual goal is just to punish the other party. They don’t actually care how the punishment is carried out – could be public ridicule, could be losing time with kids, could be reduction of money or loss of home – doesn’t matter typically. The person is just so angry they want to see the other party punished and they want to feel vindicated. This is not an actionable goal nor is it a reasonable way to act. Yet, the reality of my point, stops no one. 😉 People still want what they perceive as ‘justice’. This behavior can also be seen in all other areas of life, including business and politics.

For example, at the root of the Never Hillary movement was a strong need to make a point and deliver perceived ‘justice’. There was an underlying need to punish her, the democratic party, and even possibly all politicians in general. Enter DT and you’ve got a way to both punish Hillary and the party, and even throw in a little pain for politicians in general. Vindication was the goal, and it was achieved.

But what was the cost? To some, nothing – many people are thrilled with the current administration. For others, they believe it has begun the fall of American society. With such a huge difference in beliefs, we either have to assume that a large group of people aren’t seeing reality, have a disorder (both of these have been suggested of course…by both sides), or they are using a different set of goals and measurement sticks to determine success. There is little likelihood that millions of people have all lost their minds so the most likely answer is the last one.

Using different success metrics means we have to listen to each other, understand others’ metrics, and then press forward with a plan.

If both sides have different needs, this is the easiest situation because, unlike in a centrist view where neither party would get what they want, in a unified stance, we can provide each side with their wish. Similarly, when parties want the same goal, but believe in different pathways, we can generally find a way to reach success. However, when groups want opposing outcomes, this is where we struggle. Or do we? Rarely is it the case that groups want truly opposing results. Rather, an oversimplification of the argument makes it seem that way.

For example, take the goal of free education that Bernie Sanders put forth. Is it really the case that it is bad for our people to be educated? Of course not! I doubt large groups of people really believe that. Rather, they don’t want to pay for it for everyone. THAT’S the real issue. So, be creative instead of pushy! Create an education system for adults that can be replicated, accessed, and provided to people at relatively no additional cost. Online education has a one-time cost and a relatively low cost to maintain.  Why hasn’t this been recommended? Because people want to win their point. Always be careful about focusing on the battle at the cost of winning the war.

Get the right answer, not your answer, and use innovation and creative problem-solving to find win-win scenarios.

With an understanding of people, an ability to listen to people’s needs, and some innovative thought, we can unify this nation by providing people with what they really want instead of suggesting everyone should compromise to the middle.

Unity is the strongest position of defense, excellence, and world leadership we can achieve as a nation. It’s high time we make it a priority! 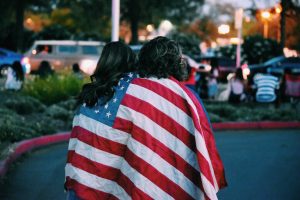