Can you run for office if you’ve never run before? Do you need to start with a local office? How much money do you really need? $1B is the estimate to run for president. So how do we change the system if the barrier to entry is this high?

The only way to change a system that has run this long and that has so many people vested in it staying the same is to 1) change the infrastructure, 2) change the parameters, 3) change the stakeholders, and 4)  find a daring person or group that is willing to lead the charge. Let’s review them in order.

Changing the infrastructure in this case means figuring out how the money is spent because if it’s the money that’s creating the barrier, the apprehension to run, and giving control to only those in the ‘club’ then it’s an important point. In this case, the money is primarily spent on advertising and salaries. TV ads are the most costly and salaries and contracts to big marketing and research companies can add up. So basically, the internet and social media have enormously affected this space. There are templates for making marketing materials. Sure, custom is generally better but the templates are very low cost or free and get you 90% of the way there. You tube allows for free ads – yes, you’ll have to be interesting enough for people to share them but if you’re not, then why are you running? And social media outlets allow one’s message to be shared for free. These advancements in infrastructure are game changers for politics. They create the opportunity for anyone to run – regardless of the amount of money raised. 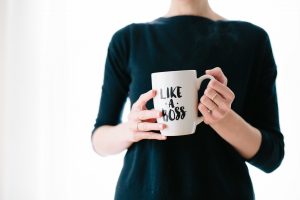 Changing the parameters basically means changing the way the game is played. In this case, it means changing the way one approaches the problem set. So typically, the way the candidates run is to give speeches that are all essentially the same and say short phrases that reflect the party’s general platform. There is an assumption that people vote not based on whether or not you can do the job but instead based on whether or not you are familiar to them or in their party. It would be necessary for someone to convince the public to vote based on content and capability rather than name recognition and party affiliation. In the upcoming 2020 election, there is much discussion surrounding the way politicians message and questions about whether or not they know how to do this job beyond the campaign. In truth, when we primarily hire people whose skills involve raising money and giving speeches but who have never worked in the executive branch, have never represented the U.S. internationally, and have never worked with the military – it is a tall order for them to learn all of that in a short amount of time and execute effectively.

Next you have to change the stakeholders – these are the people who want someone to run. For the longest time, it’s been only those with large pocketbooks that controlled the messaging and therefore control the votes. But with increased access by everyone, and the ability to raise money online – there is a significant chance that the ‘stakeholder’ controlling group has widen substantially. This also opens the door to someone competent at the job, versus a skilled politician. 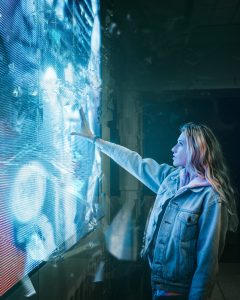 Finally, you have to find a daring individual or group to take action. I think this is actually the hardest part. The changes to the system are already in place. But you still have to find someone willing to take on the media, quit their job and travel the country, and get on TV every chance they can.

Our nation needs the individuals who have experiences needed to lead, rather than the skills needed to argue, to take the leap and rise to the top. Win or lose, they will succeed in helping evolve our system of leadership and that is a significant benefit to our country in the long run.