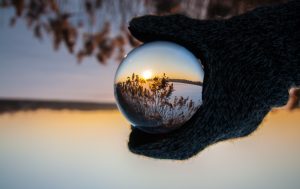 The testimony of Dr. Ford has brought our nation to a boiling point of frustration, fear, anger, and strategic politicking. How do we sort this out? Who do you believe? What should happen next?

With so much at stake, the country has divided itself based on whether or not they believe Judge Kavanaugh should be confirmed for a lifetime appointment to the Supreme court or not. Yet, the typical political concerns that arise at these times are heightened by the fact that a woman has come forward to say that she was assaulted by Kavanaugh. This is further exacerbated by the impact these allegations have had on women all over the country who have faced similar situations. The joint catharsis of deeply emotional experiences is creating a wave of backlash, fueled by intense personal memories. As if that weren’t enough, Bill Cosby is mid-sentencing and will receive jail time, numerous high level, powerful men have been removed from their positions in very public showings, and the current President has been accused of similar behavior.

Yet, there is a claim from the leader of the Senate that his “Democratic colleagues…willfully chose to turn a sensitive allegation into a political and media circus that inflicted considerable pain on Dr. Ford, Judge Kavanaugh, and both of their families.”

What are the odds?

Statistically, they are slim. The average range of misreport is 2-8%, depending on a variety of factors. The age of Dr. Ford, her credibility, and the personal cost to testify at this level, puts her in the lowest probability range.

However, Judge Kavanaugh has also been through numerous investigations and has a long work history to support his credibility as well.

Then there are politics. How can we, as Americans, determine the true motivation of our senators? On the one hand, they’ve been chosen to speak for each of our states. On the other hand, in order to get re-elected, they have to constantly fight for themselves personally. Additionally, it’s very bothersome that there is a clear divide between the parties. ONLY Republicans are voting for Kavanaugh. Is that because Democrats won’t allow a conservative judge? Is it because the Republicans want to press for their party and ‘win’ over choosing a judge everyone can agree to? Is it even possible for the senate to agree or are we so far gone with partisanship that it wouldn’t matter who was nominated?

And then there is us, the American people – and especially women. So many women have lived through, and suppressed, experiences similar to Dr. Ford that it would be impossible not to feel as if one is fighting for the very idea of protecting women – regardless of whether or not this man did what she has testified.

Where we go is for the truth. In all of these perceptions, worries, fears, and accusations – one fact remains solid: Only one of the two people that testified was telling the truth and there is little chance that anyone in the senate would know which one that is based solely on how believable their testimony seemed. What surprises me – or perhaps bothers me – is that many in the senate are attorneys – and they know that testimony is only one part of the puzzle and frequently not the strongest part. They also know that seasoned attorneys and judges are extremely well versed in how to coach, give, and take testimony.

The right way to do this is to find the right answer. We live in a nation where we have clear guidelines for how to handle accusations. We live in a nation where we take seriously lifetime appointments. Delaying is inconvenient and I’m sure worrisome to Republicans because this timing is so tied to the midterm elections but inconvenience is no justification for guessing.

It should never be the goal of our elected officials to push their own answer, rather it should always be the goal to find the right answer.