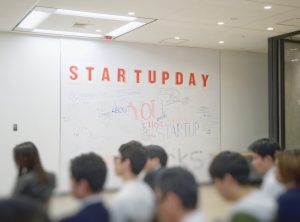 To be fair, it’s not about the corporations themselves, it’s about the dreamers, the innovators, the mind racers – it’s the ones that stay up late at night, who wake up before the sun with an idea they can’t shake, who are driven beyond reason to address seemingly impossible problems. It’s these people that start with a crummy sign taped to a small office but who can, in great detail you never want to hear to the end, explain all the intricacies of how they are going to achieve their goals. Most of us just shake our heads as we listen to the outrageous stories….until….they achieve them.

It doesn’t matter if we are talking about musicians, business owners, tech start up leads, or even children. The pattern is the same and it is at the heart of my article on mind racers (https://followherredshoes.com/mind-racers-defining-clarity-in-chaos). These personalities are not only capable of imagining the impossible, they crave the challenge. More than that, they need it at the biological level in order to maintain their personal homeostasis point. That’s why reason and nay-saying will never deter them, they literally need it – this continuous challenge. 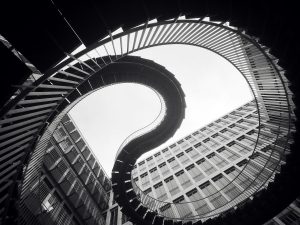 Now the question: Why do you care and what does this have to do with national unity?

Some of our U.S.-based companies have attained such a level of human, social, and economic power that they can not only affect their brand’s market, but they can influence societies and governments around the world. We think of defense of this nation as a purely military activity and diplomatic exercise. But we would be remiss if we didn’t recognize the unregulated, yet powerful influence these large companies wield. The Government must not directly support or engage with a specific company at any one time – it violates ethics rules. However, there are methods by which the U.S. Government engages with companies through panels, open discussion forums, workforce exchange programs, etc.

But in spite of the opportunity to work together – what is the reason these largest, most influential companies, would work with the Government?

We can say they should. We can say they need to be patriots. We can shame them into it. But none of these options will ever work entirely, deeply, or even long term because we can’t simply force people to do things. Their heart just isn’t in it. But perhaps there is another angle. Perhaps, if we answer the acronym: WIIFM (What’s in it for me?), we will achieve success. If these creative, innovative, intellectual moguls need contest challenge, well, our nation has an unlimited supply  The tech leaders of our nation fight hard to achieve personal, financial, and company success but eventually – the company is so large and the money is so abundant that they run out of goals to accomplish….and have to make new ones. Bill Gates focuses on philanthropy. Elon Musk invents new solutions to problems he can find. But how do we harness the energy, minds, and innovation of these thought leaders and use it to both bolster our national footprint and leadership but also create a better planet for all our people?

I think the short answer is that we provide the unending supply of challenges they seek. We create the metaphorical American Whiteboard where answers are needed. And I think we not only feed their need to think, build, solve – but we use that energy and that methodology as a driving model to design education and inspire our people to follow suit. We invite everyone in, rather than ask only a few to dominate. 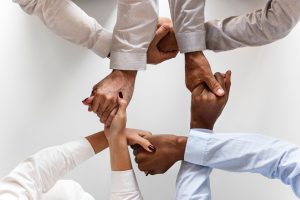 The nation that views life as a report card requiring checks in boxes to prove worth will design pathways that perpetuate and promote an industrial model that rewards completion over success. But the country that decriminalizes failure and encourages creativity, will energize its people to brilliantly innovate – and in doing so, attract the most influential minds to be part of the team.